This season was our first teenage league for many years. It’s something that has had some challenges to get going, but has now grown to a good size with plenty of young talent. Our champions, EZ Dubs entered the competition a little late, but quickly showed that they would challenge any of the other teams. Their late start to the competition saw them finish 4th on the ladder, but this wasn’t a true representation of how good they were. The Semi Final against Gago’s probably should have been the the grand final, and as such made for a cracker of a game. Gago’s, who were favourite’s to win took out the first set by a single point, but then Ez Dubs showed their character and took out the second set by 2 points, before running away with the match in the final set.

The Final was set and looked likely to be a cracking match. The first set showed this, with The Samson Slammers taking an early lead. However, yet again, the EZ Dubs dug deep and came back to win a close set. The final 2 sets saw some length rallies, with The Samson Slammers showing some impressive skills, but on the night it was The EZ Dubs that proved too good, winning the final comfortably in straight sets.

The new season starts straight away and we will be trying a few different things to help improve skills. At the beginning of each round we will pick a skill to focus on. One of our coaches will then demonstrate it, followed by umpires focusing on that skill during the game.

Well done to all our U 19’s, it was a fantastic effort from everyone. 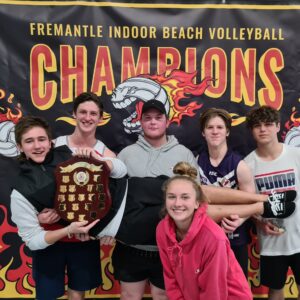 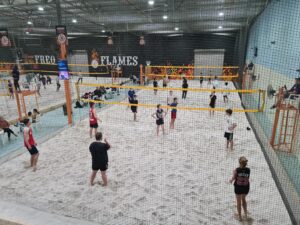 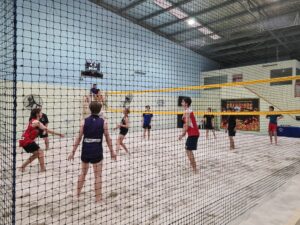